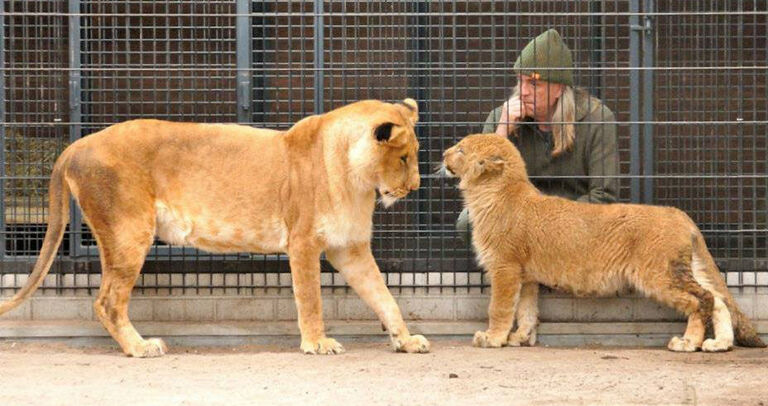 Keeper Karel Geurts watched on as the two lions approached each other. One, a lioness named Masrya, had been rescued from a cruel life in captivity. And the other, four-month-old Nero, used to belong to a circus. They were both in desperate need of company, but nobody could have guessed what would happen when they met.

Life in the Wild

Eric Lafforgue/Art in All of Us / Contributor

As a cub, Masrya lived a pretty ideal life in the wild, playing with her peers and learning the ways of the pride. On one fateful day, however, she encountered the one predator that even lions fear.

While the exact details aren't known, Masrya must have crossed paths with some humans! Before she knew what happened, she was whisked away to Cario, Egypt, and forced to pose for pictures with tourists. It was an embarrassing fate for a prideful animal.

While becoming a photo prop is far below a regal lioness, it wasn't the only indignity that Masrya suffered. She was also declawed; in to addition being painful, the procedure meant she'd no longer be able to hunt. She would never be herself again.

Eventually, Masrya grew up, and tourists were no longer excited to take pictures with her: While taking tourist pictures with an adult lioness sounds cool, it's probably not the safest idea. With that reality in mind, she needed to find a new home. As you might imagine, she didn't get to retire back to the plains.