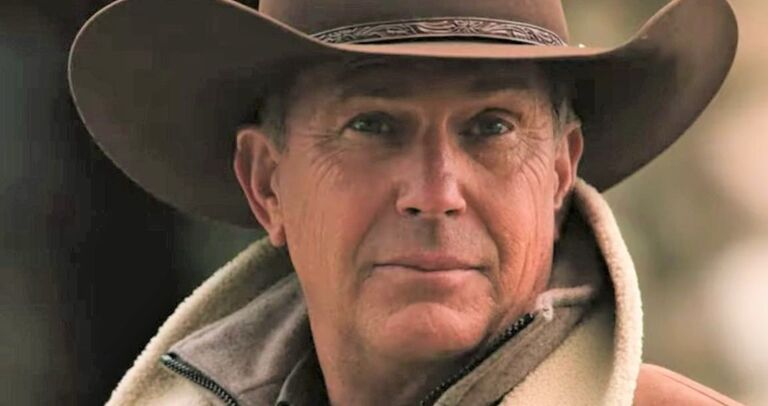 Kevin Costner’s leading role in Yellowstone has cemented the star’s dominance in Hollywood over the past 40 years. But Costner's character, John Dutton, butts heads with just about every other character on the show — including Josh Holloway’s Roarke Carter, Cole Hauser’s Rip Wheeler, and Kelly Reilly’s Beth Dutton. And that makes us wonder, how does the leading man treat his scene partners when the cameras are off? Fortunately, Costner’s co-stars haven’t been shy about sharing their feelings about working with the legendary actor.

Cole Hauser has been Costner's co-star since the very beginning of Yellowstone in 2018. But it was only at the very end of season four that Hauser’s Rip Wheeler character finally became an official member of the Dutton family. So as the ultra-popular show premiered its fifth season in November 2022, people were naturally curious about the real-life relationship between this fictional father and son.

"[What surprised me about Costner is] just what kind of human being he is," Hauser told Fox News in November 2022. "Before an actor or as a creative soul is just him as a person. He’s from the kind of area in California [that I’m from]. He’s from Ventura. I’m from Santa Barbara." And it seems these common bonds have led to the pair becoming close during their time working together.

"Getting to know [Costner] over the last five years, I mean I’ve learned a lot about just being a gentleman on set and just a class act," Hauser continued. "He’s got [a] family. I have three kids, a wonderful wife. And he’s just someone to look up to in my opinion." Even then, Hauser wasn't done singing his co-star's praises.

A source of inspiration

"And then creatively, his storytelling, his want and desire to continue to push the envelope as a… creator… it’s inspiring," Hauser said. That's reflected in what Costner has said about his attitude to Yellowstone as well. "I give everything I can to what I'm doing," he told Fox News. And the star certainly seems to inspire his co-stars to talk about his on-set behavior.