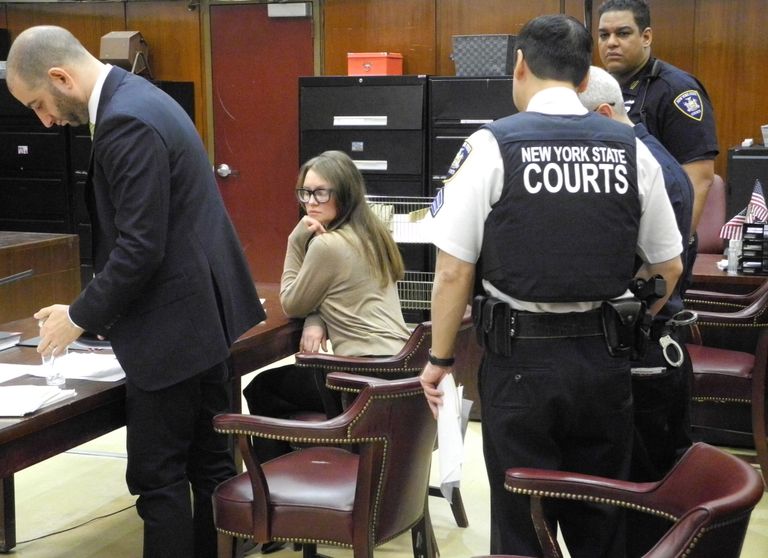 Anna Delvey is out. In October 2022 the infamous con artist was released on bail and placed under house arrest. Sure, she has to wear an electronic monitor and stay away from social media — but the fraudster is back in New York City, the scene of her crimes. Between 2013 and 2017, Delvey (real name: Anna Sorokin) lived luxuriously and mixed comfortably with the stars of the New York art scene. She seemingly threw her cash around without a care in the world — until her web of lies came crashing down...

At the time of her crimes, Delvey was well established in New York’s glittering social scene. She hosted dinners for friends and acquaintances at posh restaurants, attended hip music festivals like Coachella, and was seen at the best parties in town. No one was sure where Delvey’s money had come from, but she seemed to have plenty of it. It would only be later on that people would really start to question her stories.

According to an article published in New York magazine’s The Cut, some people believed Delvey’s wealth had come from her father being an oil industry bigwig. Others thought her family had made their money in antiques. And when people asked where the young socialite was from, she told them she’d lived in Cologne. Yet Delvey admitted she couldn’t speak German very well — and still somehow managed to continue to worm her way into high society.

It seemed Delvey wasn’t planning to waste the money she had, though. She told people she wanted to open a big center in New York — once she was able to access cash from her trust fund at the age of 25. It would be called the Anna Delvey Foundation and would be filled with stores, eateries, and artwork. That was her dream, and she was apparently willing to do anything to make it happen.

Making a name for herself

Delvey spent a great deal of time at the upmarket 11 Howard hotel in Soho while apparently setting up her grand plan. Neffatari Davis, who worked as an attendant, told The Cut that Delvey made a name for herself as one of the hotel’s most extravagant guests, generously tipping staff $100 a time for a variety of menial tasks. She also made a name for herself online.