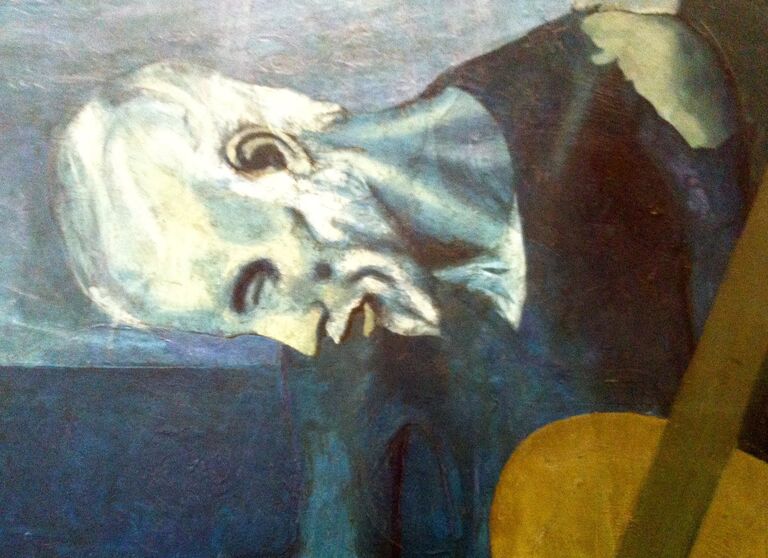 After Pablo Picasso completed The Old Guitarist around 1904 the painting became one of the most iconic pieces of his Blue Period. It seems to depict a poor and fragile musician and his instrument. However, experts have recently uncovered a secret lurking beneath the work of art.

Picasso is among the most significant artists of the 20th century. He was born in the Spanish city of Málaga in 1881 and displayed an amazing talent for art from a young age. In fact, his mother would later claim that Picasso’s earliest words were piz, piz – a shortened version of the word lápiz, which means “pencil” in Spanish.

Picasso’s early talent was fostered by his father, who was himself an artist. He taught his son oil painting and figure drawing techniques from the age of seven. But when Picasso was 13, it’s rumored that his father believed that he was already a better artist than him. As a result, he reportedly promised to stop painting. However, works by Picasso’s father from later years throw this story into doubt.

In 1891 Picasso moved with his family to A Coruña, where his father began working as a professor at the city’s School of Fine Arts. They remained there for four years before relocating to Barcelona. It was here that Picasso began to thrive, and he would later consider the city as his home for many years to come.

Aged 13, Picasso won a place at Barcelona’s School of Fine Arts – where his father also worked. To gain entry into the academy, Picasso had to complete an entrance exam. This process could take some students up to a month to finish. However, the young teen needed only a week.