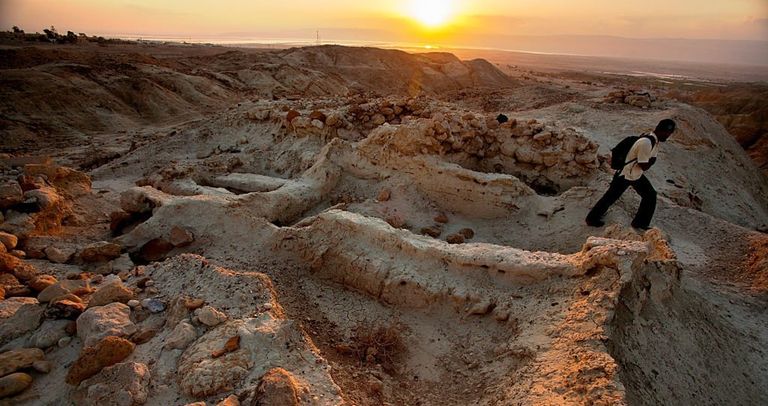 At an ancient site close to the shores of the Dead Sea, a team of archaeologists is hard at work uncovering relics from a bygone age. Thousands of years ago, the inhabitants of this city disappeared — and experts have never fully been able to explain why. Recently, though, evidence is mounting that suggests this was once the scene of a colossal biblical disaster. The downfall of this civilization might have been darker than anyone could have predicted.

The city of Tall el-Hammam once stood in Middle Ghor — a plain stretching for more than 15 miles across the region that’s now known as Jordan. And it’s thought that as many as 65,000 people used to call the kingdom home. But when the city and its neighbors mysteriously collapsed, this ancient civilization vanished into the mists of time.

The stuff of legend

Now, thousands of years later, archaeologists are finally discovering what caused the fall of Tall el-Hammam. And as evidence starts to point to a fiery destruction from above, a new theory begins to emerge. Could this have been the biblical city of Sodom, said to have once been wiped out with brimstone by a vengeful God? Well, according to some experts, that very well may be the case.

Regardless of individual religious beliefs, there’s no doubt that the Bible has fascinated mankind for millennia. And while many of the ancient book’s characters and stories aren't meant to be read literally, at least some of its content is based on real occurrences. Even dramatic tales such as the parting of the Red Sea and the plagues that terrorized Egypt may potentially be connected to genuine natural disasters that happened long ago.

That said, there are many mysteries contained within the pages of the Bible that remain stubbornly unsolved. And perhaps chief among them are the lost lands — places that are described in detail yet are still elusive to modern researchers. From the kingdom of David to the fabulously wealthy region of Ophir, these unidentified realms are sources of both inspiration and frustration for archaeologists today.