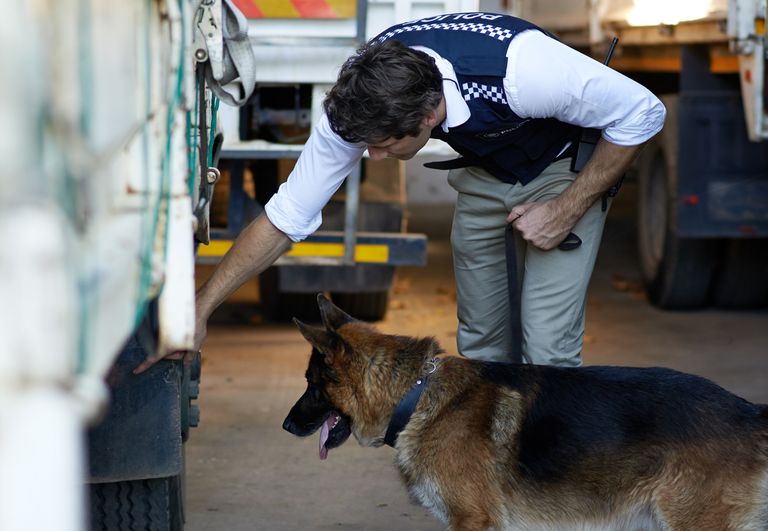 Some dogs are career crime-solvers, but canines aren’t the only detectives in the animal kingdom. There are loads of accounts telling how our furry — and not so furry — friends have cracked cases, some of which not even us humans could solve! From little birds tweeting vital information to sharks lending police a helping fin, you’d be surprised how animals have helped end mystifying investigations.

There have been several occasions when insects have played an instrumental role in solving a crime, and in one specific case a grasshopper led to uncovering the true identity of a murderer. Persons unknown killed a woman in Texas, and it was up to Dr. M. Lee Goff to find evidence of the culprit. He explains how it led to a conviction in his book, A Fly for the Prosecution: How Insect Evidence Helps Solve Crimes.

Forensics discovered a crushed grasshopper on the clothes of the deceased woman, but it wasn’t intact. One of its legs was missing, and can you guess where authorities found it? “The left hind leg of a grasshopper was found on one of the suspects’ pants,” Dr. Goff recounted. “This was the only part of the grasshopper that had not been recovered from the body, and the fracture marks matched perfectly.”

On Christmas Eve in 2001 someone broke into the house of a Texan man called Kevin Butler and killed him. The attacker didn’t get away cleanly, though — they were wounded in the process by the victim’s faithful pet. What was this brave animal? Was it a dog defending its master? Actually, no, it was a bird. Specifically, a feisty, white cockatoo.

Who’s a clever boy, then?

Although the bird also sadly perished in the fight, it did manage to get some good pecks in on the culprit beforehand. The blood ended up on a light switch, which authorities traced to Daniel Torres, with whom Butler had argued prior to the crime. Despite Torres’ claims his half-brother was the murderer, he was convicted and charged to life without parole.